While this ultimate list might seem like a green light for caffeine consumption, you should be aware of several points. In most cases, the health benefits of caffeine were realized by those who consumed moderate caffeine/coffee amounts. Besides, in some of the studies above, the caffeine was directly concentrated and applied to the body area being researched. So, dietary caffeine would not produce the same results. However, based on all evidence to date, researchers concluded that the health benefits of consuming caffeine outweigh any risk involved. 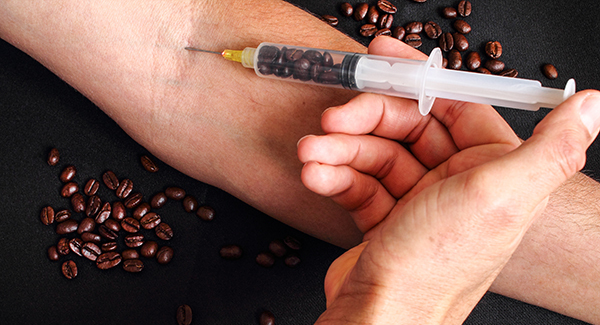 If you crave caffeine to get you through the day, you are not alone. Up to 80% of US adults consume caffeine daily, and it’s hard to imagine a day without it.

But is caffeine good for your health?

We believe that a moderate, healthy caffeine habit can provide many health benefits.

That’s why we’ve delved into many scientific studies and compiled this ultimate list of health benefits of caffeine for you.

Firstly, what is caffeine?

As a natural stimulant, caffeine is most commonly found in coffee, tea, cacao plants, chocolate, energy drinks, and soda. Researchers also found caffeine in the leaves, seeds, and/or fruit of over 60 plants.

Caffeine can improve mental alertness and alleviate tiredness. Besides, it can be found in over-the-counter and prescription medicines in order to treat drowsiness and is used with pain relievers to treat migraines.

For healthy adults, the FDA (Food and Drug Administration) recommends an intake of no more than 400mg of caffeine a day (which equals around 4-5 cups of coffee). It says that this amount is not associated with any dangerous, negative side effects.

“Don’t talk to me before I have a cup of coffee.” This sentiment can be found on many workplace mugs. Millions of people around the world report a bad mood before their first cup of coffee.

Caffeine is proven to boost your mood, especially when consumed in the form of coffee. By blocking adenosine’s relaxing effects, it lets dopamine and glutamine run wild, making you more alert, less bored and providing a mood boost.

Besides, many studies have realized a connection between caffeine consumption and a reduced risk of depression (even a lower risk of suicide). Researchers found that caffeinated coffee can reduce depression risk by up to one-third. Interesting!

It is natural to increasingly grow tired throughout the day. Naturally, our brains produce more and more adenosine from when we wake up until sleep. It’s thought to help us get to bed at night.

By mimicking adenosine in our brains, caffeine can hijack this natural process. Due to this, we are left feeling more alert and awake.

According to a study conducted at Johns Hopkins University, caffeine does increase memory. In this study, 160 male and female participants were shown images to view. In addition, they were given a 200mg caffeine pill or a placebo (fake). After 24 hours, the participants who received the caffeine pill showed an improvement in their memory of the images when compared to those who received a placebo pill.

Researchers concluded that the caffeine improved the participants’ memory, rather than other possibilities (such as increased concentration or focus).

One of the common reasons we use caffeine is to help ourselves focus on a task. Undoubtedly, one of the clearer mental effects of caffeine is to boost our ability to focus, especially for people who are fatigued.

Commercial drivers who cover long distances are believed to be less likely to crash if they have consumed caffeine in any form - coffee, tea, energy drinks, or pills.

Caffeine affects how fats are generated and broken in your body. Caffeine may influence certain factors that help improve fat metabolism, but more research is needed to well understand the exact mechanism in humans.

Caffeine is commonly known for improving exercise performance, and it seems to be the case for trained and untrained individuals. Caffeine appears to have the most beneficial effect on aerobic exercise, even though it differs between individuals.

The caffeine amount that needs to be taken to benefit from its exercise-enhancing effects heavily depends on body weight. The International Society of Sports Nutrition recommends that 3-6 mg/kg of body weight is the dose at which we see the benefit, and it’s generally taken one hour before exercise.

7. Protect against an eyelid spasm

People who drink caffeine through coffee are less likely to develop an involuntary eye spasm known as primary late-onset blepharospasm. That makes them uncontrollably blink and can even leave them effectively “blind.” The effect is proportional to the amount of coffee drank, and 1-2 cups per day are needed for the protective effect to be better seen.

A number of studies have shown the link between caffeine and protecting against neurodegenerative diseases, such as Parkinson’s and Alzheimer’s. Since we do not know of a cure, it is critical that we understand how to prevent these diseases that affect cognitive function.

Caffeine may help ward off Alzheimer’s disease and dementia in general. Moderate caffeine consumption through coffee, about 3-5 cups per day, is associated with a reduced risk for dementia later on in life.

As the most significant brain changes caused by coffee have to do with changes in adenosine receptors, researchers think that this reduced risk for brain diseases is connected to caffeine itself, more than other ingredients in coffee.

That may be because the antioxidants in coffee reduce inflammation (inflammation contributes to the Type 2 diabetes risk).

Nevertheless, if you already have Type 2 diabetes, you should avoid caffeinated products. Caffeine has been shown to increase blood sugar and insulin levels in people with the disease.

Regular coffee drinkers are more protected against liver cirrhosis than those who don’t drink coffee at all. Cirrhosis is a complication of liver disease where liver cells begin to die and be replaced with scar tissue.

One study of 330 people who developed nonalcoholic liver cirrhosis found that:

This study doesn’t confirm that drinking coffee reduces the risk of illness, but merely proves a possible link between the two.

This revelation seems to strengthen previous findings that in fact, coffee is good for heart health.

A few years ago, the journal “Epidemiology and Prevention” published an analysis of the correlation between coffee consumption and cardiovascular disease. They found that people who drink from three to five cups of coffee a day experienced a lower risk of heart disease than those who do not drink coffee.

While the reason is not apparent, it seems that coffee helps improve blood vessels’ control over blood flow and blood pressure.

Cutaneous melanoma (a form of skin cancer) is the fifth most common cancer in the US. Modifiable risk factors, together with the exception of exposure to ultraviolet radiation, are poorly understood. Caffeinated coffee contains a lot of bioactive compounds and may be associated inversely with melanoma.

However, previous epidemiological evidence is quite limited, and we need more persuasive studies.

Do you know that about 10% of the population has trouble with kidney stones at least once in their life? The reason is not entirely clear, but caffeine appears to have an inverse relation to kidney stones.

People who consumed caffeine daily had a lower risk of forming kidney stones. Researchers believe that this is because caffeine can make the urine more dilute.

If you have ever had a killer migraine, you have likely tried Excedrin. This is an over-the-counter medication specifically marketed for these types of severe, rare headaches. What you might not know is that Excedrin contains caffeine, in addition to traditional pain-relieving ingredients, such as ibuprofen and acetaminophen.

There is some evidence that caffeine, when combined with particular pain-relieving medications like acetaminophen and aspirin, helps those medications take effect quicker, last longer, as well as increase their effects.